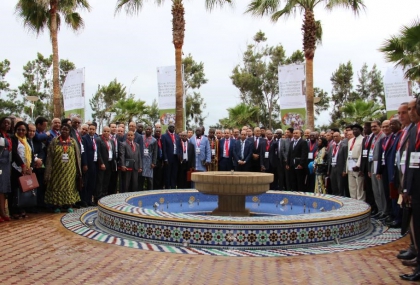 ALGA is celebrating its 10 year anniversary this year. At the Africities Summit VIII (20-24 November in Marrakech) ALGA’s main achievements will be showcased. However, we would like to give you a preview already:

ALGA’s achievements in the past 10 years

ALGA realized three studies on the feasibility of ALGA (2011), the African Training Institutes targeting the local level (2016) and the legal status of the Academy (2016). In order to build bridges between countries and civilizations, the Academy has so far organized three study tours with the Florida International University (2017 and 2018) and with the American University in Cairo (2017). Several ALGA colleges have been launched and realized open to all actors and stakeholders of the Local Governance. For example, the College on Localizing SDGs aims to support UCLG-Africa members in the implementation of the SDGs.

Committed to be a globally engaged Academy, ALGA has been collaborating  with organizations and institutions such as UNDESA, UNDP, UNESCO and the UCLG CIB Working Group for over two years now. Fifteen anchoring institutes and partners of ALGA have been put in place covering the 5 African Regions which – together with partners, experts and resource persons – form the Academic Board of ALGA. They organized a meeting in Johannesburg (2015) and Rabat (2016, 2017).

ALGA’s performance revolves around four main missions: promoting  accreditation and quality assurance for training Institutes and programs; designing, implementing  and disseminating an innovative,  diverse, “A la Carte” and blended training, learning, peer learning,  and capacity building offer targeting the Members and the Networks of UCLG-Africa; normalizing the Human Resources Management at Local Level through the creation of the Observatory on Human Resources at Local Level;  supporting UCLG-Africa Members and professionalizing UCLG-Africa Networks.