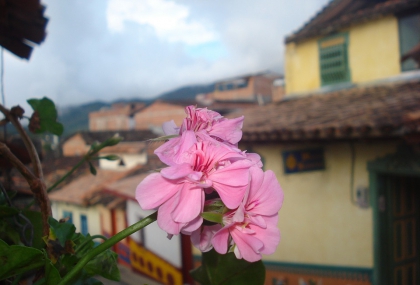 The municipality of Red Lake, Ontario, was one of many Canadian municipalities that participated in the CISAL program, working with four local governments in Antioquia, Colombia. One of their most significant contributions involved sharing best practices on long-term local economic development (LED) planning and community engagement. After working with Red Lake, the Antioquia municipalities have strengthened their capacity to plan, deliver, and monitor results, as well as lead development planning in coordination with the mining company and communities.

The first step was introducing LED planning to the community, and create a sense of urgency and get buy-in from the municipalities. "When we first started working with CISAL, no one had heard of local economic development. Today it is a recognized concept and we are able to make it a reality, thanks to CISAL’s approach to development," said Dayana Giraldo, Development Manager of Santa Fe de Antioquia.

With CISAL's support, the Colombian municipalities have also led the design and implementation of four local economic development plans, a process that has promoted community participation and engagement. The LED plans prioritize strategic value chains and gather community demands and needs. “Citizens of rural and urban areas are now empowered to contribute to the development efforts of their town. Through the LED Committee, we have engaged communities and multiple stakeholders on the LED Plan. The LED process is everyone's priority now,” explains Margarita Lopera, Mayor of Canasgordas.

Phil Vinet, the late Mayor of Red Lake, who passed away in 2018, was an unforgettable ally of Antioquia. On his first mission to the region, he noted one of the foundation principles of FCM’s international development: knowledge sharing and capacity building goes both way. “This is an opportunity for Canadian municipalities to learn from Latin American municipalities,” He remarked, “Our differences give us opportunities to share some of our good practices in community inclusiveness and learn from each other's experiences.”

Find a video on the best practices and significant experiences of how CISAL promoted LED planning in Colombia and Peru here.