LGA blog: The role of national associations of Municipalities in the transformation of the Brazilian Federation 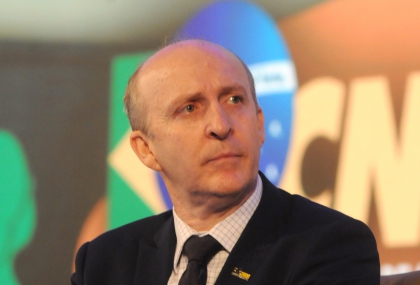 The current moment in Brazil of a new elected government and political and economic debates brings to the forefront the importance of the national municipalist movement in the transformation of the Federation. My association, the National Confederation of Municipalities (CNM), the largest municipal representation body in Latin America, acts to guarantee the autonomy of local governments and strengthen municipal management. Over 39 years, the entity has made progress in the priority agenda and led the debate on the regulation of the federal pact.

This year, Parliament has the challenge of approving major reforms, with an emphasis on pension, tax and political reforms. These three mayor reforms have a direct impact on the Municipalities, and with  the CNM we have worked intensively to create guidelines to make sure the changes meet the needs of the population. The strong performance of the entity has given a voice to the Municipalities, with the powers of the Republic - Executive, Legislative and Judiciary, as well as to the courts of accounts.

The motto that was advocated in each action is to improve people's lives through public policies and services provided. With the strengthening of the municipalist movement, my  entity seeks to develop  municipal technical capacities and, as a result, achieve political achievements. For this, we have  a physical structure, a qualified technical team and a network activity, which confers the entity capillarity of influence and reach throughout the national territory.

The performance of CNM transcends the Brazilian territorial limits and the entity is well positioned to  fight for municipalism internationally. As a result of this vision, in partnership with the Latin American Federation of Municipalities (Flacma), we will promote the XIII Hemispheric Summit of Mayors and Local Governments, in March 2020, in Pernambuco. The meeting has the theme "Innovative Cities for People" and will promote technical and political debates in order to leave a legacy for all participants and stakeholders. I invite you all to participate!

In order to give more visibility to the Forum of Local Governments Associations, UCLG and CIB will publish columns by CEOs on our websites. These columns will cover issues (internal or external) which the LGAs are dealing with at that moment.