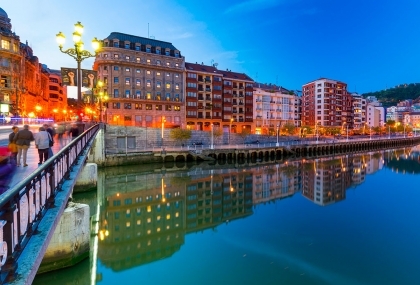 SDGs go local and have a place! The Government of Spain, the regional government of Basque Country, and the United Nations opened the Local2030 Coalition Secretariat in Bilbao on World Cities Day on 31 October.

The Local2030 Coalition is the UN System-wide platform and network for supporting and accelerating the localization of the 2030 Agenda for Sustainable Development and its 17 Sustainable Development Goals (SDGs), endorsed in 2015 by 193 member states to ensure sustained and inclusive economic growth, social inclusion, and environmental protection, as well as fostering peaceful, just, and inclusive societies.

During the opening the Deputy Secretary-General of the United Nations and Chair of the United Nations Sustainable Development Group, Amina J. Mohammed, highlighted that “The Local2030 Coalition will bring together the combined resources of the UN family in enabling the energy, digital, and green and blue transitions needed for sustainable development.”

The Executive Director of UN-Habitat (the permanent Co-chair of the Local2030 Coalition and lead agency of its Secretariat), Maimunah Mohd Sharif, noted that “The push towards localization started with Agenda 21, evolved with the Millennium Development Goals, and has become a real driving force in achieving the 2030 Agenda and its Sustainable Development Goals. We hope that in the post-2030 Agenda, localization will be a central element rather than merely an instrument of implementation, a true manifestation of the principle of inclusive multilateralism.”

The Minister of Foreign Affairs, European Union and Cooperation of Spain, José Manuel Albares, said that Bilbao’s awarding as the Local2030 Coalition Secretariat “is a tangible sign of the effort and commitment of all institutions in Spain, as well as our society, with this common welfare Agenda.”

The Secretary of State for the 2030 Agenda, Lilith Verstrynge, highlighted the “transformative potential of the local level to build the future of sustainability, rights and social justice that we want for everyone” and said that the opening of the Secretariat represents “a qualitative leap” in the commitment of the Government of Spain “with co-governance and with the work from the local level.”

For his part, the President of the regional government of Basque Country (Lehendakari), Iñigo Urkullu, thanked the United Nations for selecting Bilbao to host the Secretariat, remarking that this “represents a recognition of the trajectory developed in the Basque Country in terms of the 2030 Agenda; and, fundamentally, it constitutes a commitment to the future.” He also remarked the role that subnational governments have in the achievement of the 2030 Agenda.

The Mayor of Bilbao, Juan Mari Aburto, conveyed what it means for the city to host the Coalition Secretariat, “We are proud to be the headquarters of the global community’s efforts in localizing the 2030 Agenda and we make available to this headquarters the resources, knowledge and experiences of our city to make the motto of ‘leaving no one behind’ a reality.”

The Local2030 Coalition is a shared space to mobilize, engage and empower every local actor to bolster the localization of the SDGs. Fourteen UN Agencies, Funds, Programmes, and Offices are also part of the Local2030 Coalition, acting as the advisory body to its Steering Committee. Together with its partners, the Coalition will generate innovative solutions for local action and impact, it will actively contribute to SDG acceleration and will report progress at the SDG Summit in September 2023.