Standing with the people and local governments of Ukraine: a CEMR overview of actions 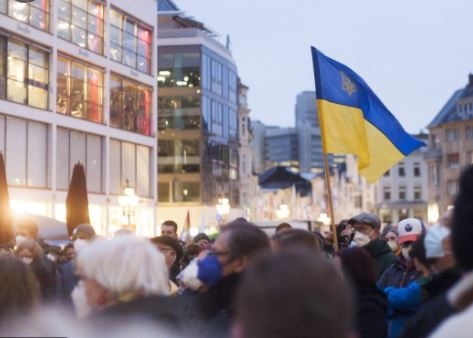 CEMR has been coordinating and communicating on actions aimed to support Ukraine and its local governments. The different ways of support have been mapped in a categorized overview which is given below. Please also find the section "Coordination and contact" to know who to reach out to.

Statement on Ukraine Over 700 mayors and local or regional leaders from across Europe have united around Ukraine by signing the Council of European Municipalities and Regions’ (CEMR) call condemning the Russian invasion and pledging to support Ukraine and the Ukrainian people. Signatories include the mayors of Lisbon, Paris, Tbilisi, Cologne, Cluj-Napoca, Gdańsk and Reading as well as the chairs and vice-chairs of 25 national associations of local and regional governments. The statement has been translated into many languages, including French, English, Spanish and Dutch. To access the statement in those languages, click here.

Social media/videos The secretariat is constantly posting on Twitter messages, social media cards and videos from local and regional leaders. Our aim is to show our support to our peers in Ukraine and to the Ukrainian people. We’ve also shared videos from Ukrainian mayors, namely the mayor of Kyiv, Kharkiv, and Mykolayiv. All posts have been shared by many other elected representatives and associations. We have also joined existing hashtag conversations (#StandWithUkraine and #StayWithUkraine). Editorial content on Ukraine (press release, article and statement) is also being shared on LinkedIn.

CEMR members’ Taskforce on Ukraine To support its members, the CEMR Secretariat has set up a Taskforce on Ukraine. Its aim is to exchange on how to address the impact of the war in European territories, dealing with questions such as: the support to Ukrainian municipalities, twinning, the hosting of refugees fleeing from Ukraine, European sanctions and the consequences for procurement and cooperation with Russian municipalities and the actions of national associations of local and regional governments.

Ukraine regular newsletter We have launched a dedicated newsletter “Ukraine Updates” to raise awareness about the situation in Ukrainian municipalities, to highlight examples of concrete actions taken by European municipalities in support of their Ukrainian peers and to encourage other towns and regions in Europe to provide direct and urgent help to Ukraine. This update also allows our member associations to share information on how they support Ukrainians by filling this form.

Dedicated section on the CEMR website CEMR created a section on its website fully dedicated to the situation in Ukraine. This section brings into one place all information produced by the secretariat on the war against Ukraine, including news stories, documents, the list of signatories of our statement, events…

Coordination and contact Within the secretariat, we have set up an internal taskforce of around 10 people to ensure the smooth running of all activities in connection with the war against Ukraine. It is composed of colleagues from the Communications Team, from the International Partnerships Team, Directors and our Secretary General. Our colleague, Yana Brovdiy, Officer for International Partnerships (U-Lead), maintains permanent contact with our Ukrainian associations, namely the Association of Ukrainian Cities, to share their needs. With the support of this internal taskforce, she also coordinates actions of support within the CEMR network, including with national associations at the borders.