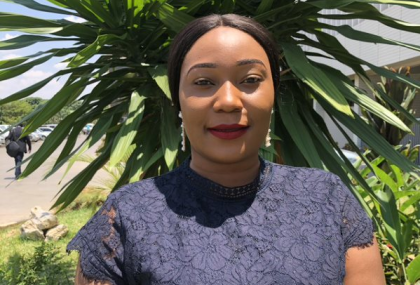 “It can´t be called democracy when the representation is not fair! How is it democracy when we are giving all the power to men? We need to support each other as women. I always tell the women in my district: ‘If you are not supporting your fellow women don’t expect your views to be heard‘. We need to rise and realize that we need to support one another!” says Kanungwe Chota Kananyamina, mayor of the Kanchibiya district.

Kanungwe wishes to find a Swedish municipality that wants to start a municipal partnership with her district, to discuss issues on gender equality and female participation. “Organizations like ICLD can make us reach our goal by learning from others”, she says.

With a father having been a member of parliament representing the Kanchibiya district, a will to reduce the poverty rate, and a drive to change the narrative of women as inferior, Kanungwe was certain at a young age that she wanted to join politics in the future. At 18 years old, during her studies at the University of Zambia majoring in education, she decided to join the political arena at a university level. After graduating and working within teaching, she started her political career.

In 2020 Kanungwe opened a women cooperative scheme, to give local women the opportunity to invest money into their private business or family.

After 6 months they would retain that money and give it to other women. It was an empowerment program so to say. I initially started this program in Ndola. Someone told me; ‘why are you doing this in Ndola when you come from Kanchibiya and the women of Kanchibiya need you more than here in the more urban areas?’ So, I decided to go back home and I started that program because Kanchibiya has always been in my heart.

When returning to her hometown, Kanungwe was informed that the government had decided on a new qualification for political positions within the next election, a grade 12 certificate. As women stood better chances to be adopted and as Kanungwe graduated grade 12 with good grades, she decided to run for office.

At the moment I showed interest I realized it wasn’t easy. Some days I cried myself to sleep and thought I had made a big mistake. People would call me and attack me and of course, they said, ‘she is a woman, women are supposed to be found in the kitchen’.

As the only female applicant, she experienced a great amount of resistance. But she was determined to be the voice of Kanchibiya. After being adopted to the election, Kanungwe and her husband sold properties and got her friends and family on board to afford to campaign.

When the campaign finished and the results were announced, I actually won by 18 000 votes and the person behind me had 2000. I thought this is how much confidence the people of Kanchibiya have in me.

Kanungwe is the first to represent women of Kanchibiya politically, even though the majority of citizens of the district are female and youth. Through promoting the importance of staying in school, investing in human development and pushing the agenda for change, Kanungwe wishes to reduce the poverty level within the district and make a sustainable change. She also stresses the importance of empowering young girls and other female representatives within Zambia.

If I can be a role model, I am happy. We have little or no role models in my area. Not only in Kanchibiya, the whole political sphere in our country. If people can actually see a female politician and her works and see; ‘OK if she can achieve that I am also able to achieve that’. If we can change that narrative, in a few years we might just have the first female president in Zambia! I would like to change that narrative, that when people look at women in any aspect of life: Instead of saying ‘a man helped her to get there’, rather they start saying ‘her work and her talent made her reach where she is right now’. I would like to be the beacon of hope for young girls!

Kanungwe explains that one way to accomplish her goals is through partnering up with a Swedish municipality within the ICLD Municipal Partnership Programme. She wishes to discuss the topic of women’s involvement, to elaborate her ideas on how to raise female participation within Zambian politics.