On the 24th and 25th of October, the Steering Committee (SC) members of the Global Partnership for Effective Development Co-operation

During the annual meeting of the CIB working group 26-28 September 2017 in Durban, CIB members – local governments and their associations active in international development cooperation – shared the latest developments in their programmes. Some general trends among the network emerged:

On 28 February, the CIB Working Group secretariat hosted a call on the national voluntary reporting process on the implementation of the Sustainable Development Goals (SDGs), in which several CIB members are engaged. 2017 will see the second round of voluntary reviews, which includes 40 countries.* Main topic of discussion was how to include a local voice and perspective in the national reports.

"Associations need to radically change if the context in which it operates is changing severely". This quote comes from Mrs. Jantine Kriens, the CEO of the Association of Netherlands Municipalities (VNG), and was underlined by several other CEOs and Presidents during the two community fora for local government associations (LGAs), organized by the CIB Working Group during the UCLG world congress in October in Bogotá.

As you might know already, the UCLG committees and working groups play an active role in (the preparations for) the World Congresses of UCLG. With the UCLG Bogotá World Congress (12-15 October 2016) approaching, let us inform you about the CIB Working Group activities for this important event.

Following the exchanges on Monitoring and Evaluation (M&E) during the annual meeting of the CIB Working Group (WG) in the Hague in October 2015, expert Beatriz Sanz Corella was contracted by the CIB WG to develop an analysis and policy recommendations on M&E tools . Based on a survey, a desk review and interviews with CIB members, a comparative analysis of M&E systems in the context of local government capacity building was conducted. 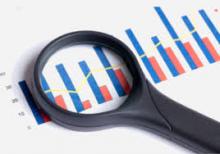 During the annual meeting of the CIB Working Group in the Hague at 1 and 2 October 2015, CIB members have reiterated their wish for a comparative analysis of Monitoring and Evaluation systems of development cooperation programmes. This can help to find the most effective approach for tracking results and impact, supporting the learning process of the local governments while matching the requirements that donors have (in the case of externally funded programmes).