Brazil: Enhancing local plans and monitoring & accountability systems for the localization of the SDGs 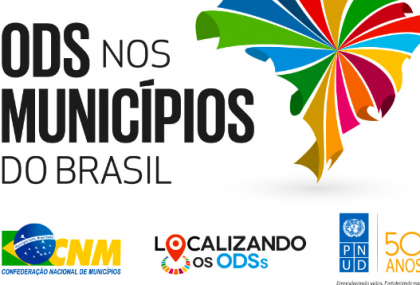 Last August, the Brazilian National Confederation of Municipalities (CNM) and UNDP Art Initiative launched a project aimed at capacitating Brazilian local governments  from all parts of the country to act as true catalysts of change in the implementation process of the 2030 Agenda for Sustainable Development. The initiative wants to raise awareness among local governments about the adoption of Agenda 2030 and to strengthen their role in the localization of the Sustainable Development Goals (SDGs). More specifically, the project will help local governments to integrate the SDGs into their local plans and to build up monitoring and accountability systems at the local level, in line with the Global Goals.

Planned activities
As the level of government best-placed to link the Global Goals with the local communities, CNM and UNDP Art believe that all of the daily work of local and regional governments should be interlinked with the Global Goals. The new project will focus on strengthening this link, through the identification of relevant indicators of municipalities, the elaboration of guidelines focus on the role of local governments in the new development framework and by building capacity of new elected mayors to implement and monitor Agenda 2030.  Since creating multi-stakeholder partnerships has been widely acknowledged as crucial for the implementation of the new agenda, the project efforts also include measures to strengthen local governments’ institutional and operative capacities to this end. Another component of the project is awareness raising of the population; to ensure full commitment of the local governments’ constituency as well.

In October and November, the newly elected and re-elected Brazilian Mayors will take place in capacity building workshops on the SDGs during the "Novos Gestores" conferences. These events, organized by CNM in Brasilia, are aimed at discussing the municipal management in different areas and sharing knowledge to support them during the 2017-2020 term.

International knowledge exchange
The CNM-UNDP Art collaboration also aims at facilitating the exchange of knowledge with other local governments and their associations in Latin America and the Caribbean, through the Federation of Latin American Cities, Municipalities and Associations (FLACMA) and the Global Taskforce, in order to foster an alliance towards the localization of the new agenda.