Business Opportunities and Employment in Kosovo 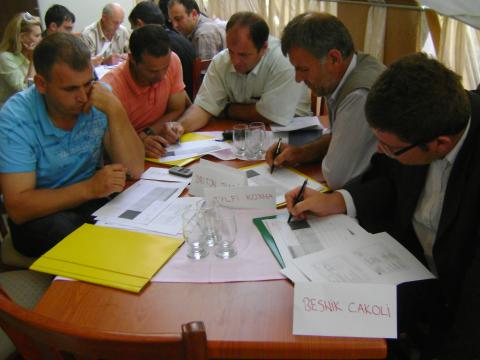 Even though the KS support to 8 municipalities in Kosovo was ended in 2014 and managerial responsibilities were handed over to local partners, the former programme still delivers targeted services, as well as business opportunities and employment in Kosovo.

In the past decade, KS assisted eight municipalities in Kosovo with financial support from the Norwegian Ministry of Foreign Affairs, in the facilitation and promotion of business development as a strategy to boost local employment. Efforts centred around the training of entrepreneurs in the field of business planning and of facilitation of credit. In partnership with KS-Kosova, and municipal business development offices, KS identified businesses with growth potential and offered business plan development tools as well as skills. Trainings helped to identify risks and opportunities for businesses and assisted them in elaborating prospective investment plans.

Women and members of ethnic minorities were especially targeted by this LED programme through providing tailor-made trainings and credit facilities for these particular groups of entrepreneurs.

A Kosovo bank provided credit, secured by a deposit made by KS. A credit board consisting of representatives from the bank, KS-Kosova, KS and an external legal advisor managed the credit scheme. Loan applications were received four times a year from applicants which had successfully attended trainings and who were recommended by their municipal business development office. Capacity of municipal business development offices in the eight municipalities was strengthened early in the programme. The bank and KS-Kosova assessed the applications separately, to ensure a more impartial selection. The credit board approved loans based on the recommendations of both organizations.

Several hundreds of business owners received training. More than 300 small loans were granted. Over 70 % of participating entrepreneurs report increased revenue, more than 90 % of businesses hired new staff and at total of some 300 new jobs were created.

The LED programme was coordinated with Kosovo’s national employment and SME policies as well as with the work of the Kosovo Chamber of Commerce through a joint working group where the Kosovo Ministry of Trade and Industry also attends. Working group members exchanged information and shared best practices with each other. KS pulled out of the programme in 2014 because it felt that the training course and associated financial product had been fully developed and implemented. KS-Kosova continues the LED operation with other local partners, securing the continuation of delivery of targeted services and support to women and members of ethnic minorities.