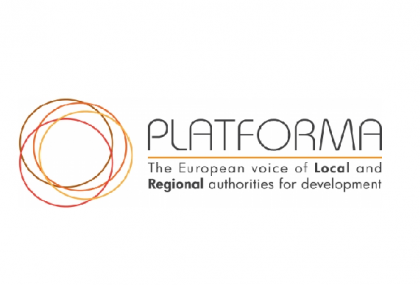 "More recognition for local governments in the EU's  financial rules" - this was the message of PLATFORMA in a meeting with the Committee on Development (DEVE) of the European Parliament at the beginning of February. The message was supported by the results from PLATFORMA's survey on Financial rules and Interaction with EU Delegations in partner countries. The Parliament was adressed by Mr. Knip, Executive Director of VNG International, one of the members of PLATFORMA. The German international cooperation agency (GIZ) and the NGO network CONCORD also shared concerns about the current financial rules on behalf of beneficiaries.

The hearing was part of a larger process of review of the European Union’s contribution to sustainable development. Another key element is the new European Consensus on Development. On 14 February, the European Parliament published its report on this new Consensus. The report promotes the necessity to empower local and regional governments through capacity building and administrative and fiscal decentralisation; the recognition of the instrumental role of decentralised cooperation between European and partner countries local governments; and a focus on the challenges of sustainable urban development.

These key messages have been promoted by PLATFORMA throughout the legislative process. In its contribution to the European Commission Public Consultation , they called for the integration of the local perspective in all sectors and levels of government (territorial, national and regional/global), as well as a new and more comprehensive approach to Policy Coherence for Sustainable Development (PCSD).

To further strengthen the advocacy work of PLATFORMA, and to increase and improve support for local and regional governments’ capacity building, all CIB members are invited to share their experiences through  the survey on Financial aspects and interaction with EU Delegations in partner countries (20 minutes to fill in).