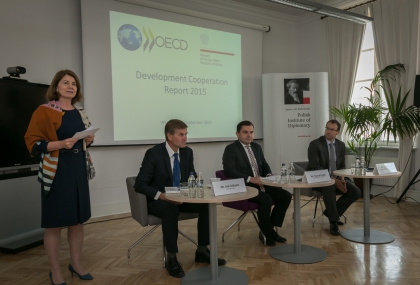 Around half of the donor countries draw funds spent on refugee aid from existing development budgets Refugees continue to pose a large challenge for development agencies, as 1.5 million refugees claimed asylum in 2015 in OECD countries.

OECD pushes for aid to be used wisely

As development aid makes up more than two thirds of external finance for least developed countries, the DAC is recommending that development aid be used to leverage private investment and domestic tax revenue increases. This ties in with the work of CIB members that are strengthening the capacity of local governments to raise their own revenue, as well as host new businesses and create a flourishing local economic environment.