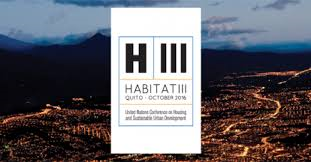 The Global Taskforce of Local and Regional Governments of UCLG and the German Association of Cities have recently been appointed co-leads of 2 of the 10 Policy Units set up  by the United Nations in preparation for the Habitat III conference in October 2016 in Quito, Ecuador. The Global Taskforce will co-lead Policy Unit 4 which focuses on “Urban Governance, Capacity and Institutional Development”. Policy Unit 9, co-led by the German Association of Cities, brings the following themes together: “Urban Infrastructure and Basic Services, including Energy“, „Transport and Mobility“, and „Smart Cities“. The produced content of the policy units will be approved during the Habitat III conference, which will take place in Quito, Ecuador, in October 2016.

Towards a New Urban Agenda

In the run up to Habitat III, the UN Member States have agreed to develop a New Urban Agenda (NUA), in cooperation with stakeholders from local governments, academia, and civil society. This NUA will serve as the Habitat III outcome document.  The NUA also aims to contribute to the operationalization of the 17 Sustainable Development Goals (SDGs) that will be officially taken on by the member states of the UN between the 25th to 27th September at a special UN Summit in New York.

In order to write the NUA, the Habitat III secretariat has established 10 Policy Units. Each of the Policy Units brings together 20 international experts and 2 co-leading organizations on a specific theme. The expected outcome of Policy Unit 9 is the development of a Policy Paper, which should become an essential input for the first draft outcome document of the New Urban Agenda (NUA).

In addition to the Policy Units, several thematic meetings will take place in the months leading up to Habitat III. One of these is the meeting on Metropolitan Areas, taking place in Montréal on 6-7 October 2015. This meeting aims to address the importance of developing cooperation and planning mechanisms for metropolitan areas and will bring together metropolitan area institutions, cities and international civil society organizations.