Global Urban Consultations in run up to 2016 World Humanitarian Summit 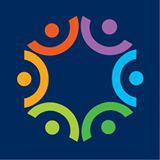 In the run up to the World Humanitarian Summit which will take place on 26-27 May 2016, an extensive round of consultations is taking place both in regional and global settings to set the agenda for the two-day summit. The most recent Global Urban Consultation was held on the 22-23 June in Spain. It was co-hosted by UCLG and UN Habitat with support from Global Communities, USAID and the Department for International Development/International Rescue Committee (DFID/ICR). One of the objectives of this consultation was the development of a common platform for advocacy and action to respond to the growing importance of urban humanitarian assistance.

The importance of urban humanitarian assistance is growing apace with the urban population which is due to increase by 3 billion by 2050. Many cities however are not ready for this growth. Often, they are already struggling to sustain their population because of weak governance and institutional capacity. A vast amount of cities is currently not able to provide the necessary basic services, let alone are these cities prepared to deal with natural or man-made hazards such as flows of refugees. In order to combat these problems and safe-guard the future of urban populations around the globe, urgent action is required. To be able to effectively deal with this, governments, humanitarian and development agents must shift their focus from the world’s rural to its urban population.

During the consultation round, representatives of UCLG stressed the need to pay particular attention to local governments in solving these and other development challenges.

Throughout the consultations, lessons were drawn from local government representatives who are dealing with recent and ongoing urban crises in Senegal, Bangui (CAR), Banda Aceh (Indonesia) and Turkish cities where refugee influx has doubled the population without extra resources to ensure basic services. In addition, participants articulated key principles in a draft ‘charter’ as the basis for a Global Urban Partnership, pooling knowledge, capacity and resources to take this agenda forward.