An authentic City-to-City connection: The success of Barcelona and Maputo! 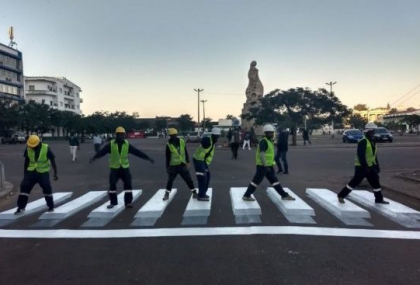 For almost two decades, the Barcelona City Council has been carrying out development cooperation activities. This experience, which has included engagement with over 40 cities around the world, has provided the Barcelona City Council with enough perspective to increase and consolidate its city-to-city cooperation model. Bilateral city-to-city projects, which allow the exchange of Barcelona’s experiences in municipal management with other local governments, have placed the emphasis on the transfer of knowledge and good practices, aimed at contributing to sustainable local development of cities.

Cooperation between the cities of Maputo and Barcelona began almost fifteen years ago and has focused on the exchange of models of municipal management and the strengthening of local governance. The collaboration has generated different processes that include many projects and activities. A great deal of the cooperation between Maputo and Barcelona began through technical exchanges between the two cities Community Centres as part of a project that demonstrated the horizontality in their shared role and taught valuable lessons to both parties. In November 2015, the third four-year protocol of friendship and cooperation was signed between the two cities, focusing on the following aspects:

City-to-city connection in a wide sense:

The collaboration between the two cities has been both intensive and extensive, going beyond just representing an institutional relationship between two municipal governments with the specific involvement of many departments of the City Councils of Barcelona and Maputo (libraries, markets, archives, public space an social urbanism). It is also an authentic city-to-city connection, with the active involvement of universities and NGOs, which ensures that the exchanges and collaboration projects go well beyond the scope of the municipality itself, becoming true processes of cooperation between cities. In Maputo, the people who have benefited from the different projects know of the strong alliance with Barcelona, and even citizens who are not normally involved in development programmes are aware of the special ties to Barcelona.

The Habitat Project’s main goal is to ensure residents their land rights. In a partnership with public authorities, the NGO Water & Sanitation for the Urban Poor, and local partners, Arquitectura Sin Fronteras has worked to ensure residents their right to habitation as well as helping the settlements develop so that they can function as accessible neighbourhoods. This is done through a method called “6 steps to DUAT”, that seeks access to land through involvement processes and negotiation between public authorities (who own the land legally) and residents. As part of the process, residents renounce parts of their informal plots in order to obtain legal rights to a portion of the land. Consequently, a tool to establish legal borders and a legal framework is put in place, which makes it possible to establish streets with adequate widths and functional public spaces. Through this method, several neighbourhoods in Chamanculo, a part of Maputo, have obtained DUAT and seen a revival of the streetscape as a social space.

The International Union of Architects (UIA) has presented its guide “An architecture guide to the UN 17 Sustainable Development Goals” for the World Architecture Congress 2023. The guide includes the HABITAT project in the Chamanculo-C neighbourhood (Maputo, Mozambique). This ASF project aims to defend the right to the city in informal settlements in Maputo, based on urban planning and access to land tenure in a participatory way. The HABITAT project is only possible thanks to the collaboration of the Maputo Municipal Council, Barcelona City Council, IPTAC, OAM, WSUP, Radio Maxaquene, Mapeando meu Bairro, ICHaB, SELAVIP Foundation, CivicWise and 7,500 neighbouring families from the Chamanculo-C neighbourhood.