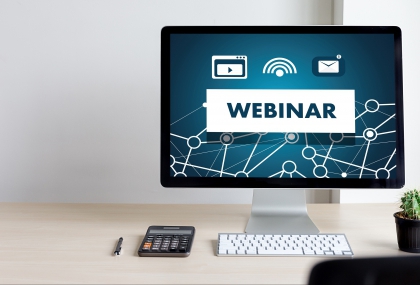 On April 2nd, the CIB Working Group organized a webinar on Women Leadership, which was attended by almost 90 participants. During this webinar, local government experts from Sweden, Uganda and Ukraine shared their first-hand insights and experiences on how to cope with the challenges that women face when working at the local government level and how to incorporate activities which will help increase the number of women in decision-making positions this in your international capacity building projects and programmes.

Beijing +25 creates opportunity to advance
At the start of the webinar Jessie Post, who coordinates the CIB secretariat, mentioned that the 25th anniversary of the Beijing Conference creates extra momentum to put the topics of gender equality and women leadership on the international agenda. The Beijing conference in 1995 already raised attention for gender inequality in various fields, such as poverty alleviation, education, power, and decision making. Unfortunately, 25 years later, a lot remains to be done. UCLG issued a strong statement on behalf of local and regional governments in March 2020, which can be read here.

From international frameworks to the reality in the field
After this introduction on the context in which we operate internationally, three local experts shared their experiences from their communities or from ongoing international programmes with local governments.

Ms. Anastasiia Zablotska, city councillor in the Ukrainian city of Irpin and is the sitting President of the City Council Women’s European Assembly, mentioned that in the Ukraine about 20% of the members of parliament are women. Her municipality, the city of Irpin, was one of the first cities to sign the EU charter for Equality of Women and Men in Local Life. She explained that the municipality has various instruments for inclusion, such as their public budget (participatory budgeting), inclusive education, gender budgeting and networks. Despite all of that, Ms. Zablotska explained that she has met various challenges in relation to gender stereotypes in Ukraine. Women are often scared to enter politics due to these stereotypes and sexual harassment. There is a lot of media sexism and pressure, which has caused several women to leave their city councils.

After Ms. Zablotska's interesting presentation, Ms. Racheal Atukwase, Resident Programme Officer for the IDEAL programme in Uganda, took over. She explained that there is a strong legal framework and enabling environment in Uganda that encourages women to take part in the decision-making process. This has led to various milestones, such as the representation of women at Lower Local Councils, directly elected women representatives in Parliament and affirmative action policies. Nonetheless, women are still facing many challenges due to cultural beliefs, attitudes and practices. Uganda is a patriarchal society, which means that all the decisions are made by men. Due to gender stereotypes, women are discouraged and lack confidence to enter politics. Women are still expected to be mothers and wives in the first place, which is considered difficult to combine with leadership positions. Women also have limited access to financial resources, education, professional training, and space for participation. Ms. Atukwase explained that the IDEAL programme aims to bridge the gap between national level policies and local government implementation. It also provides training on inclusive governance, links related activities of CSOs and Local Governments through joint action planning and implementation, and provides support to LGAs for women’s participation. Finally, she recommended focusing more on capacity building and mentorship to promote gender equality. “Begin with the local governance structure and build women’s confidence, so that they can compete and overcome gender imbalances. Moreover, work closely with community stakeholders and civil society organisations responding to gender stereotypes.”

Ms. Shannon Lövgren, Senior Programme Manager at the Swedish International Centre for Local Democracy (ICLD), was the last speaker of the webinar. She works on ICLD’s leadership programme aimed at women politicians at the sub-national level. She discussed various issues that women face, such as marginalization, discrimination, lack of funds etc., and also mentioned personal challenges of women, such as low self-esteem. Ms. Lövgren explained that ICLD tries to strengthen women ánd men through activities aimed at building good leadership; meaning inclusive, transparent, equitable and responsible leadership. This process includes self-reflection, learning to counteract domination techniques that are often used against women, confidence building, and network building to build each other up across genders, religions, countries, and political parties. ICLD has also initiated a group of gender champions. Furthermore, ICLD uses the SDGs as a tool to promote gender equality and create a more sustainable and fair world where nobody is left behind. Ms. Lövgren emphasised that men also need to be included in this process, as gender equality is the best way to ensure a sustainable future where we can all thrive.

We hope you enjoyed the webinar. CIB has also created an online space to share news and documents on gender in times of crisis/the pandemic. Please get in touch if you want to engage on this topic.

We will also provide you with an overview of questions raised during the webinar, with answers from the panellists soonest!

The recording is available
Were you or your colleagues unable to attend this webinar? Please send an email to uclg.cib@vng.nl and we will send you the recording!